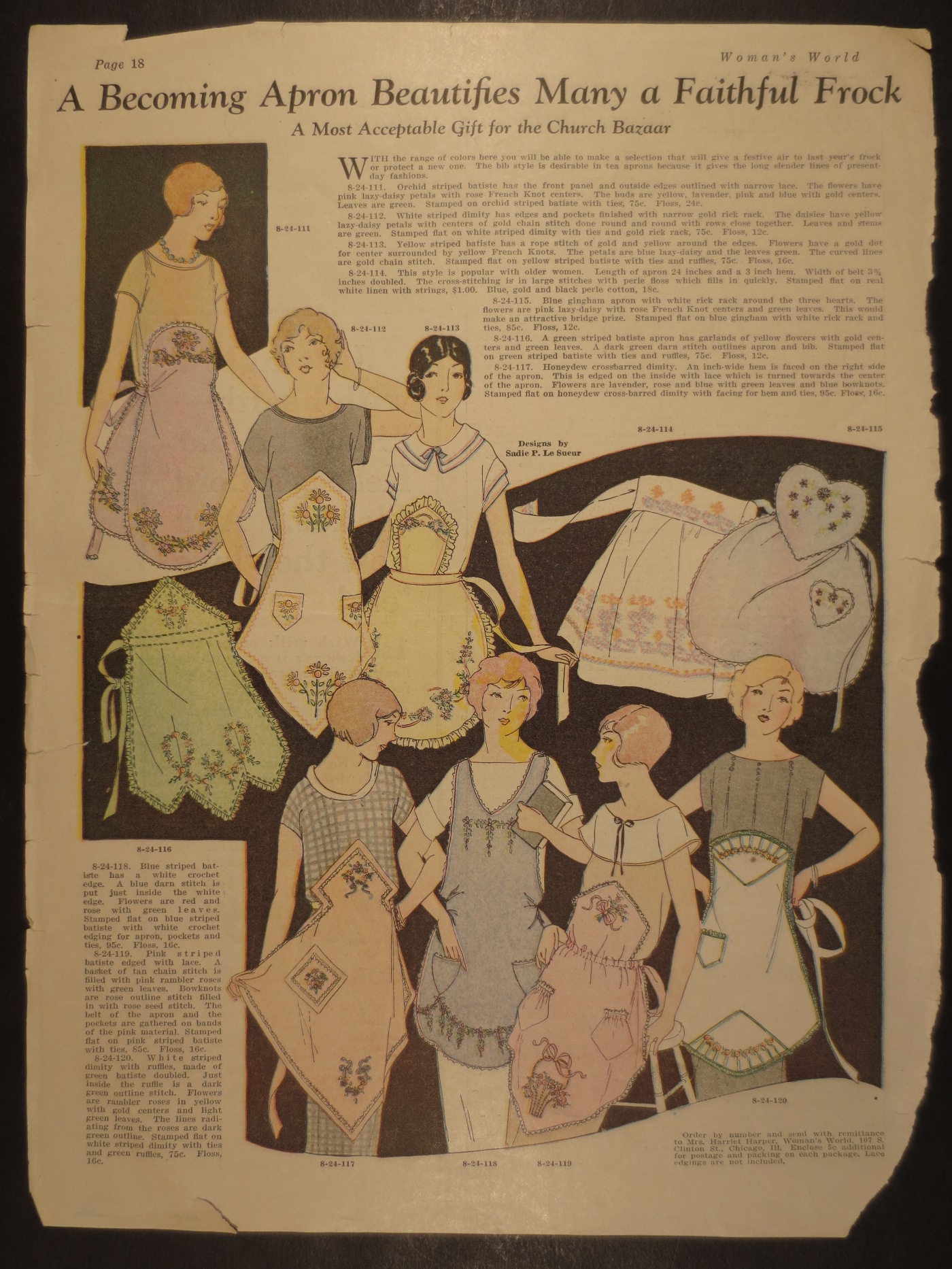 When we think of the 1920s woman, images of the fashionable “It” girl, the budding career woman, or the dauntless suffragist may come to mind. We characterize the ‘20s as a transitional period for women, where stereotypes were challenged and voices were raised in outcry. Undoubtedly, the decade saw the roles of women in America go through momentous changes. However, there was one other woman of the era whose blossoming tends to go unnoticed. This was the “modern” housewife as she entered into a new age of modernity, wielding technology left and right.

Often, pamphlets like the one above cause us to chuckle, grumble, or even roll our eyes. We criticize the past for its seemingly blatant male-centered values, but, in doing so, we tend to lose sight of the context. The 1920s housewife, while generally subservient to her husband, was a woman of great strength. There is a misconception that technology made the life of the everyday housewife easier. In reality, technology made her life more difficult in many ways. Chores that took days, like laundry, now only took a few hours. Inventions like the gas stove had cut down preparation and cooking time. But what relief technology brought to drudgery labor was overshadowed by the decline in the use of servants for household labor. Technology had made household chores so “easy” that a single woman could do them all…and a single woman often did.

The 1920s also saw the housewife take on a new role as a primary consumer in an economy where she had previously been largely absent. The single-wage economy tended to mean that the man of the house was at work for the majority of the day. As a result, he was not able to fulfill his traditional role of household supplier. Although the man still earned the income, the woman became the leading purchaser of household goods and supplies. Advertisements and shopping guides quickly began to reflect this change.

An advertisement from Women’s World.

A fashion catalog for hosiery.

Perhaps no day of the year better reflected the modern housewife than Christmas. The accumulation of household technologies and responsibilities made the holiday significantly a one-woman show. However, there was a sense of pride in the housewife’s Christmas. Then, more so than any other day, the housewife was a hostess: a role that granted her greater authority and capacity than her everyday housekeeping. Women were clearly expected to be proud of their holiday displays, with one article stating that,

“The individual is the cook, and might we add, in most homes, the mother and hostess as well… the home-makers are legion, and considering the demands upon our time, most of us are stanch [staunch] defenders of our modern Christmas celebration not only from the angle of a better dietetic background, but also from the point of view of saving endless effort.”

An article from Pictorial Review in 1928, explained that the greatest hallmark of the housewife’s saved effort was her ability to embark on a 10-hour meal plan for Christmas dinner.

Along with meal preparation, the housewife was responsible for holiday planning, gift shopping, and decorating, while still performing everyday tasks like cleaning, laundry, and caring for the children.  And while achieving all of these considerable tasks, it was still expected of many 1920s housewives to remain poised and conventionally attractive.

Other examples of how women were expected to express themselves with holiday preparation were with decorum and the Christmas meal. A source on table decoration states,

“In no way is the personality of a hostess so vividly expressed as in her choice of accessories for dispensing her hospitality… She does not restrict herself to any particular period or style, but chooses that which is both beautiful and appropriate for her needs.”

The home and its decorum were one of the few spheres in life where the women held almost full authority. It was the hostess who worked until “completely exhausted” to serve her guests, and, therefore, it was she who was given the credit for a successful Christmas dinner. The credit that was bestowed upon the husband was rarely more than acknowledgement that it was his paycheck that had put food on the table. Christmas was a day for the housewife to showcase her aesthetics and provide hospitality for her family and friends, while still meeting the everyday demands that “time saving” technology had burdened her with. With nary a helping hand, the success of 1920s Christmas celebrations rested on her shoulders. The holiday was truly a one-woman show.

One thought on “A Housewife’s Holiday”